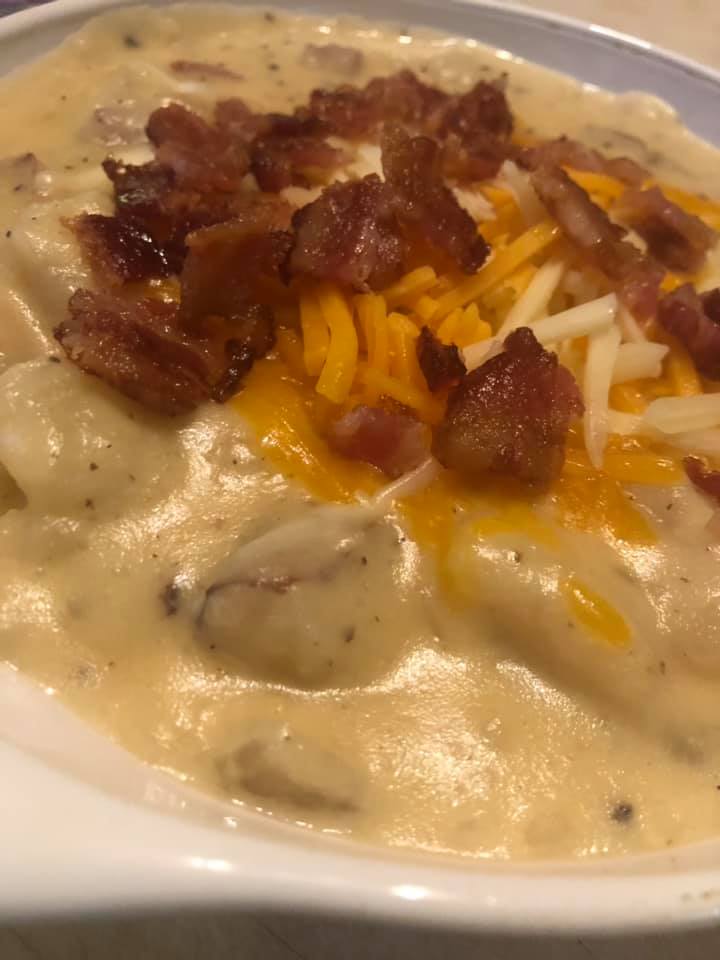 HOW TO MAKE POTATO SOUP

This recipe for creamy potato soup is quick and simple to make, and it only requires one pot of soup ingredients. My family really likes this comfort meal since it is brimming with bacon and potato deliciousness that is nice and creamy.

Even though I don’t follow football at all, I’m aware that this would be an excellent dish to prepare in advance and savor while watching the big game this weekend, and it would also make excellent comfort food for this cold and windy weekend (is there anything cozier than a pot of soup simmering on the stove while the wind is howling at your window? Anything!?). In addition, this would be an excellent choice for this weekend’s cold and windy weather.

Because it is so extremely cold outside, I have persuaded myself that I cannot live without soup, and more especially, potato soup that is rich and creamy. This weekend, potato soup will most certainly be on the menu. Evidently, potato soup brings out the theatrical side in me. Even if you aren’t experiencing a cold spell right now, I believe you’re going to find that this cheesy potato soup warms you up just as much as we do when we’re feeling under the weather.

6 bacon strips; I cut them into small pieces.

2½ Pounds.Of gold potatoes ( peel them and dice them into small pieces.

Take off the chunks of bacon and put them aside; however, keep the fat in the saucepan. Cook the onions over medium heat with the butter and the chopped onion until the onions are soft (3-5 minutes).

Cook the garlic until its aroma is released (about 30 seconds).
Sprinkle the flour over the mixture that is already in the saucepan, then stir it until it is smooth (use a whisk if needed).

Bring to a boil and continue cooking until a fork easily pierces the potatoes (approximately 15 minutes) (about 10 minutes).

Turn the heat down to a simmer and transfer roughly half of the soup to a blender (be cautious, it will be hot!). Puree the soup until it is completely smooth. Half of the soup is approximately 5 cups, but you can get away with simply eyeballing the quantity.

Place the pureed soup back into the saucepan, then add the sour cream and the bacon bits that you kept, and give it a good stir.

Let the soup cook for 15 minutes before you serve it. Add more sour cream, bacon, cheddar cheese, or chives as a topping, if desired. Enjoy!